KEY WEST, Fla. (AP) — Shipwreck experts are evaluating a centuries-old 40-inch gold chain plucked from the seafloor while searching for a 17th-century sunken Spanish galleon off the Florida Keys.The piece is tentatively valued at about $250,000. It is believed to be from the Nuestra Senora de Atocha, which sank during a 1622 hurricane. It was found Wednesday by divers from Mel Fisher’s Treasures about 35 miles west of Key West.The chain has 55 links, an enameled gold cross and a two-sided engraved religious medallion featuring the Virgin Mary and a chalice. In 1985, the Fisher crew recovered more than $450 million in artifacts and treasure from the Atocha shipwreck, but part of the ship has not been found.

A Spanish galleon similar to the Nuestra Señora de Atocha. as seen : http://www.pbs.org/wgbh/nova/lasalle/owners.html

Some fifty years before the first city in North America was found, the Spaniards occupied cities in Central America, the Caribbean, Cuba, and many other “New World” ports de old sod. As far back as the late 16th century, cities such as Potosi, Lima, and Mexico City, housed populations greatly exceeding the largest cities in Spain. Huge tracts of land granted to Spanish colonist in these areas by the Crown produced Coffee, Tobacco, and other commodities and were traded for supplies from Cadiz .

The system was extremely profitable for the Crown, as well as the colonist from 1561, until 1748, ( though colonization and sporadic trade started earlier). Of course, the most profitable commodities for advancing Spain’s world domination, and continuing the colonies were the more shiny, monetarily valued items found on the continent such as silver and gold.

Two separate fleets sailed from Spain to the new world annually loaded with do-jiggers, and vendible for the colonist. In return, many pelagic souls, slaves, doubloons, and pieces of eight, launched from the Gulf of Mexico headed back to Spain on the same ships. The slew of  ships lost to hurricanes and squalls in the area from 1500 till now represent many nations, yet the majority being Spanish Galleons, hands down, leaves many of their hands and deck, beneath the sea, and treasures on our minds, almost as valuable as the history itself. 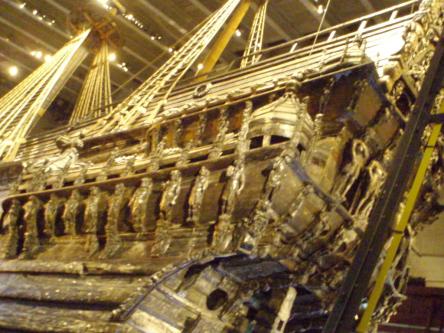 From Cadiz, sailing Columbus’s wake to the Caribbean, the fleets (though Spain had many other fleets sailing many other seas) would split

for separate destinations. Fleet Nueva Espnana’, for Veracruz, Mexico, and Tierra Firme, for Portobello, Panama. After unloading their cargo, and being loaded to the hilt,  sitting lull a hull, both fleets keeled with lucre, barring no contender, would meet again in Havana, Cuba, which just happens, was the birth place of the ship, “Senora de Atocha”.

Please let us know you were here- like, or leave a comment. It only takes a second. Cancel reply