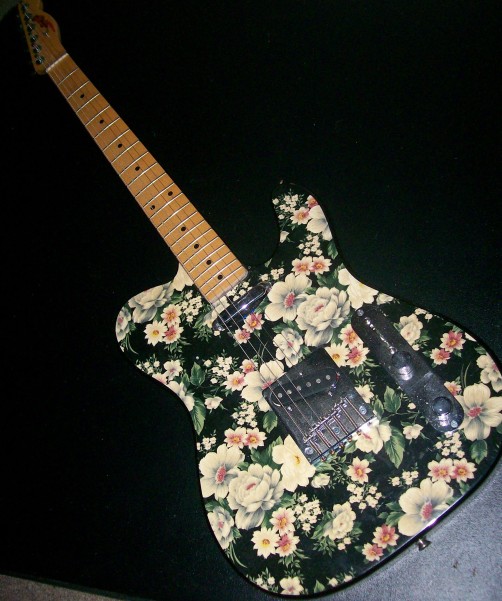 What do ya do with that? I mean it’s a “Paisley Telecaster” but, not exactly something “James Burton” would play. I’m not even sure “James Taylor” or “Rick James” would play…Maybe “Prince?”
Anyway, I know it’s a girly guitar, and the flowers are — well, pretty. But I just can’t see me playing it the way it looks, so, I guess it’s in for a face lift… Hmmm. What to do? What to do?.. It is still a Telecaster, after all…I wonder what the stage lights might do as far as improvements?

Yeah that’s a little improvement. By the way, can you guys believe Russell Wilson threw that last pass instead of giving the ball to Marshawn Lynch? Maybe a little blue light… 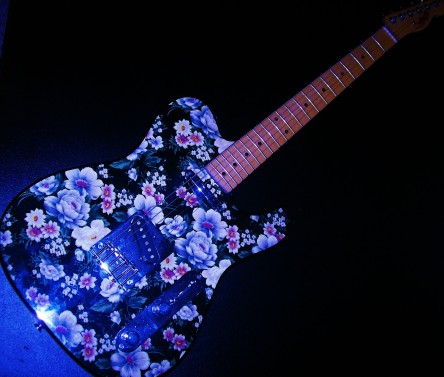 Oh wait.. I see it now.. I know what it needs… and I wont have to strip it down to find it has an ugly wood grain underneath…
Man… what a way to blow a ball game…’COME ON MAN’!

So, I suppose I need to make a trip to “Hobby Lobby” for this project… I have an idea to save the guitar. I don’t think I’ll go with any of Pete Caroll’s plays on this project. Nor will I bother to paint, or strip the guitar down… I think I have an idea… I should have it finished and posted before too long, later this week. Until then… “Dolt!  Ummm Flowers.”

And seeing as I gave the guitar to my grandson for Christmas, I’m lucky I 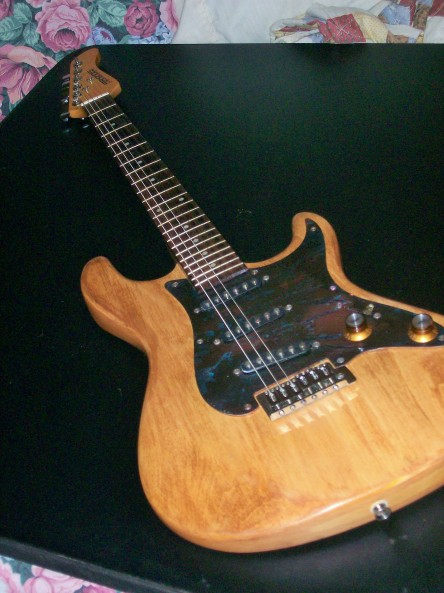 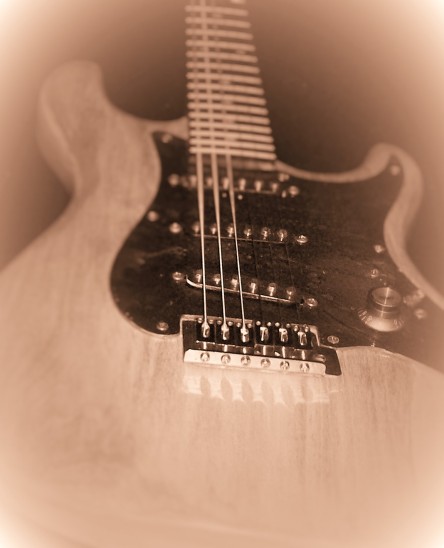 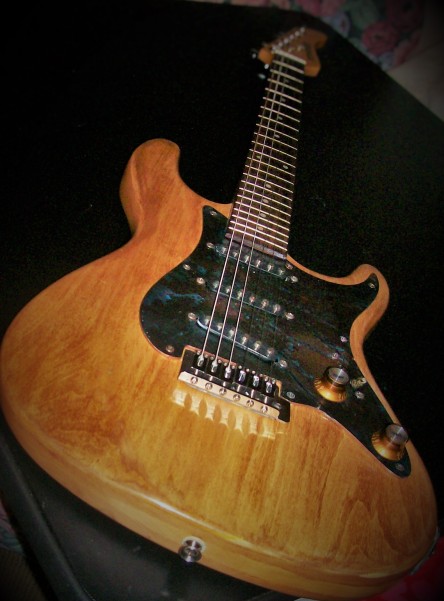 Not the best pictures in the world, but, at least I did take a few. 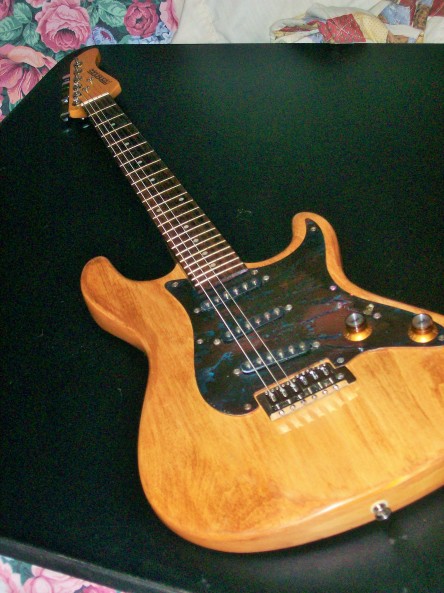 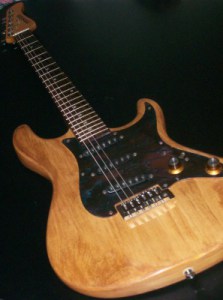 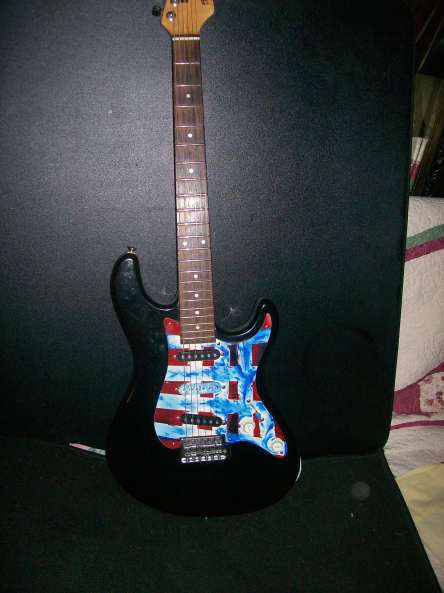 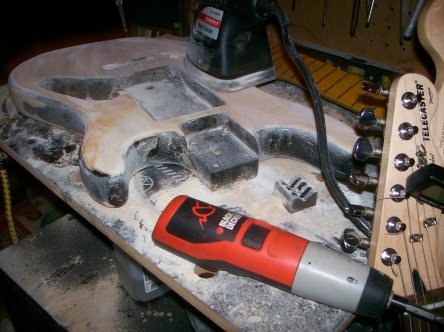 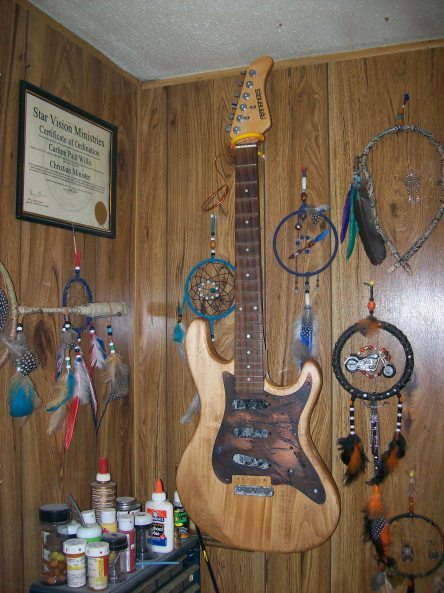 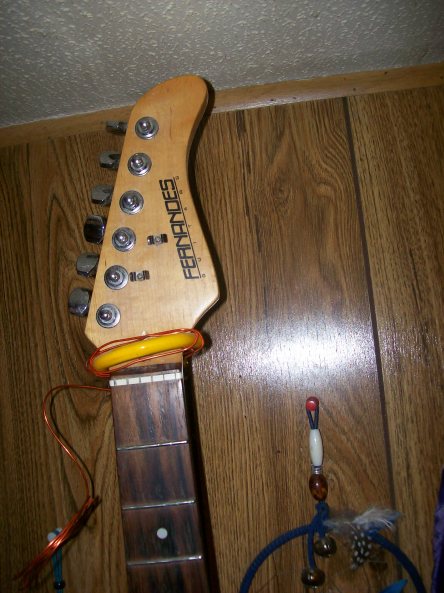 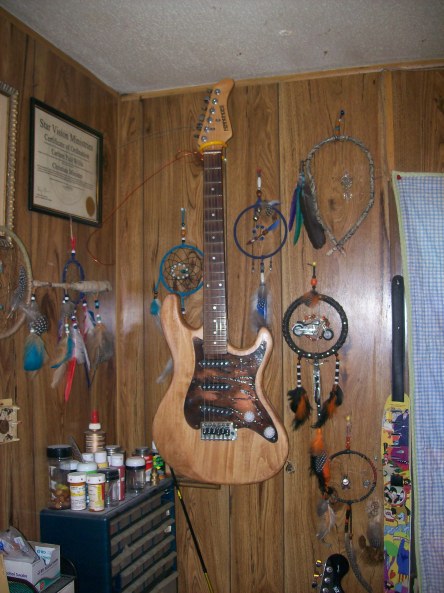